Skip to content
Steak Revolution is reader-supported. When you buy through a link on this page, we may earn an affiliate commission. Learn more.
0shares

If you’re planning an exceptional meal for a special occasion, it’s worth investing in the best steak. But with so many different cuts of steak available, how do you know which is best for your needs?

New York strip and ribeye and two of the most premium cuts that high-end steak houses serve. In this guide, we will help you decide what kind of steak best suits your preferences or needs.

Keep in mind that there is no wrong answer when choosing between ribeye and New York strip. Without a doubt, both these steaks are worth cooking and tasting.

At first look, you may think that New York strip and ribeye steaks are similar cuts. Steak is steak, right? Definitely not.

In this part, we will help you pick out the main differences between ribeye and New York strip to get the most of your premium steak cooking experience.

Also Known As – Ribeye steak is known by many other names. In the USA, Ribeye is also sold as “market steak,” “beauty steak,” “cowboy cut” (when sold with bones), or “Spencer steak” (when served without bones).

Some Americans call it Delmonico steak. This name originated from a famous steakhouse in New York that was founded in 1827.

Where It’s Cut – Most ribeye steaks are harvested from the beef’s rib section, particularly near the neck part. This kind of steak is mostly composed of the longissimus dorsi muscle, the meat taken through the ribs, and loin. However, ribeye may also contain the spinalis and complexus muscles, depending on the specific location of the ribeye cut.

Where to Purchase It – Ribeye steaks are easily available at butcher shops or supermarkets. If you want the best quality ribeye available, consider looking up high-end meat retailers online.

How It Tastes – Ribeye steaks are best known for their juiciness and tenderness. This is because ribeye is a marbled meat. It contains large swaths of intramuscular fat, which separates the spinalis from the longissimus dorsi muscle and gives the ribeye steak its unique flavor. The bone also adds flavor and moisture to the meat. Both the fat and bones make this beef cut one of the richest in the market.

Best Way to Cook – You can grill, broil, or pan-fry a ribeye steak. If you are aiming for a rare steak, it will take about 4 minutes to cook. If you prefer your steak medium-rare, it will cook in 5-6 minutes. If you want it well done, it will be ready in about 8-10 minutes.

Where It’s Cut – Like the ribeye steak, New York strip steaks come from longissimus dorsi, towards the rear of the beef. The meat comes from the short loin primal, which is situated below the backbone or behind the ribs of the animal.

Where to Purchase It – There are plenty of high-end retailers that offer New York strip steaks. You can check stores located within your community. For your convenience, you can also check their websites, and they can deliver the steak to you.

How It Tastes – Unlike the ribeye steak, the New York strip is not highly marbled. But that doesn’t mean that strip doesn’t taste as good. Note that NY strip is harvested from a muscle group similar to where the ribeye steak comes from. Because of this, the NY strip is also tender and comes with a potent beefy flavor.

As NY strip doesn’t have the same marbling as ribeye steak, it is usually cut more than one inch thick. According to steak experts, the thickness of the cut can help keep the meat from running dry during the grilling or frying process.

That means you can still get a juicy steak, even if it doesn’t have that much fat.

Best Way to Cook – Like the ribeye steak, you can broil, pan-fry, or grill the New York strip. It is much easier to grill than the ribeye because it doesn’t have as much intramuscular fat. Note that large amounts of fat can cause flare-ups on the grill.

Similarities of Ribeye and NY Strip

While there are several important differences between NY strip and ribeye steaks, we think it is also good to highlight their similarities.

Origin of Cut – As we have mentioned, both steaks come from the same area of the cow, the longissimus dorsi muscle. The difference is that the ribeye is cut near the neck and along the upper rib cage, while the New York strip is cut from the rear area.

Both Have Tender Taste – Since the origin of the cut is the same, the steaks are both tender and flavorful. Many people consider the ribeye more tender than New York strip, as it is highly marbled. However, the New York strip is considered healthier than ribeye since it has fewer fats.

Shape and Size – Ribeye and NY strip have similar sizes and shapes. The difference is that ribeye is usually sold with bones. NY strip doesn’t often come with bones unless you specifically request it.

Conclusion: Which Steak Is Perfect for You?

It can be difficult to choose between New York strip vs ribeye since they come from the same part of the animal and have a lot of similarities. If tenderness or juiciness is the most essential factor for you, you may want to buy ribeye steak.

But if you are trying to stay healthy or want to grill your steak without worrying about flare-ups, you may want to choose the NY strip for its lower fat content.

Whichever steak you choose, both the ribeye and the New York strip make a delicious centerpiece to a meal.

How to Cook Denver Steak 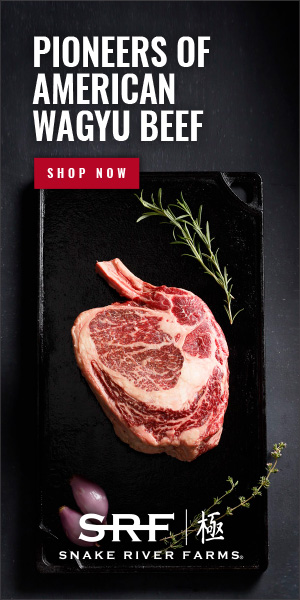